The System and the Surroundings 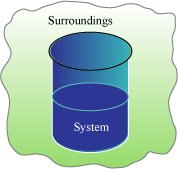 Types of the System 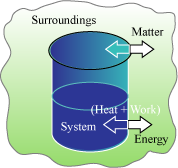 Example − Presence of reactants in an open beaker

Example − Presence of reactants in closed vessel made of conducting material 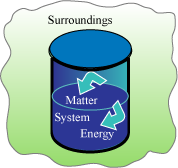 The State of System

The operation by which a system changes from one state to another state is called a process.

A thermodynamic process is a passage of a system from an initial state to a final state of thermodynamic equilibrium. The initial and final states are the defining elements for the process. Whenever, a system changes from one state to another, it is accompanied by change in energy but in case of open systems, there may be change of matter as well.

To view the complete topic, please

Login or Create a free account
Thank you for your interest.
We will get back to you soon OK
Call me
Have a Query? We will call you right away.
+91

We will give you a call shortly, Thank You

What are you looking for?